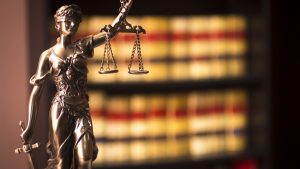 The foundation of John (J.R.) Richards practice is real estate and notably title and escrow disputes.  Not only did J.R. receive a certificate of specialization in real estate law from Golden Gate University, but the formative years of his practice were based on title disputes.

While it is typical for people to own property as joint tenants or as community property, most people do not know what that means.  Furthermore, in California because property values are so extreme this leads to many possible disputes and/or controversies that is beyond what is written on the title.

These kinds of disputes include:

Ownership of real property that is not reflected on the title.

This is where someone’s record title is put into jeopardy by someone else.  The cases are often broadly known as any dispute for real property.  But the truth is that you have to rely on the strength of your own title to assert quiet title.

Everyone who holds title to real property has the right to partition off their interest.  This can be accomplished by a division of the land, an actual split.  Partition can also occur by sale to a third party or a buy-out of one of the other owners.  Like quiet title, partition requires an ownership interest from the get go.

Title disputes can happen for all kids of reasons.  It may be that the legal description (which most people don’t read or cannot read) on the deed was wrong.  There could be a case where the wrong property was sold or granted.  There are cases were there is no access to the property or that someone claims ownership by adverse possession or prescriptive easement.  There could be riparian or water rights involved.  If you have a title dispute, the first thing you do is make a claim with your title insurer if you have one.

Loans or mortgages are generally secured against real estate.  The promissory note is the contract of borrowing money.  A promissory notes generally has the amount borrowed, the interest rate, the parties and the term of the loan.  The deed of trust secures the loan against real property.  If the borrower defaults on the promissory note, then the lender can turn to the deed of trust for security.  Deeds of trust are put into priority (in CA by race-notice).  A senior lender rests on top of the junior lenders.  Sometimes the lenders fight over priority, basically, who is senior.

An incumbrance is basically anything that prevents the title owner from pure 100% title.  A deed of trust can be an incumbrance.  A garbage or tax lien could be an incumbrance.  Solar lease agreements are generally incumbrances.  Legally, this term can get very technical and disputed.  A good way for a layperson to think about incumbrances is that they are things that could possibly block the sale of real property unless a title company considers them cleared.

A lien release is a recorded document that gets rid of an incumbrance.

Richards Law does not generally do mortgage or foreclosure rescue.  Nevertheless, an owner of real property may dispute their loan or have a dispute with their lender.